Crossings: Adam Buick and the Legend of Tresaith. 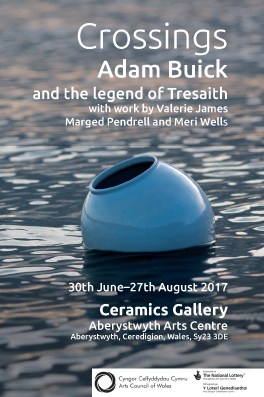 Adam Buick potter and film maker has developed this innovative project, based on the story of seven Irish princesses sent across the sea to land at Tresaith and marry Welshmen. Tresaith (town of seven) is part of Ceredigion Heritage Coastline.

Reflecting on the topical theme of dangerous sea crossings, Adam made seven moon-jars that were launched from Ireland to sail across the Irish Sea to hopefully land safely in Ceredigion. Their journey was recorded by tracking systems and charted on a webpage,  in collaboration with the Computer Science Department of Aberystwyth University. Some pots landed on the Isle of Man, some in Cumbria, some never made it to shore.

Adam made a film about the project called Place of Seven that was very well received when shown to a full house in the Arts Centre Cinema during the International Ceramics Festival. Further screenings will take place in various venues over the next few months that we will announce on our news page.

The film is also shown in the Ceramics Gallery alongside maps and the surviving moon jars as part of the exhibition which also includes commissioned work by Marged Pendrell, Meri Wells and Val James who have also responded to the theme.

The exhibition and film will be available for touring from October 2017.

This project is supported with funding from Arts Council Wales. 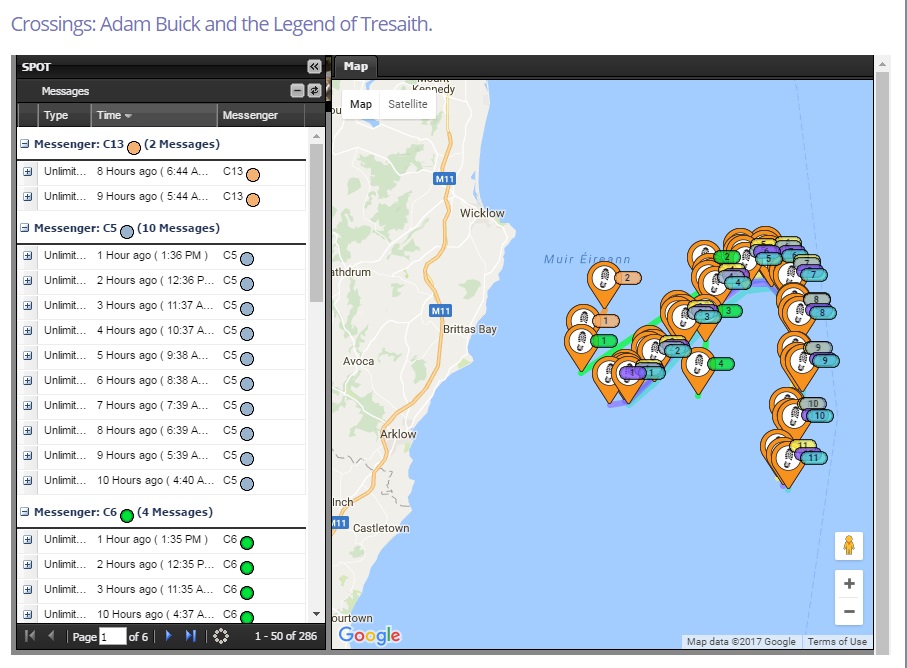 Some explanation of the tracking page from Adam:

“Each vessel is represented by the different colours (Orange, blue, green, turquoise, yellow and purple) unfortunately only 6 seem to be working hens only six colours. The pins and numbers show the most recent “messages” from the tracking devices. I was advised that the pots would move north and south with each tide and that the wind would be the main factor in moving them eastward towards Wales. This seems to be correct as the vessels are indeed zig zagging their way across.”

You can also read his blog about the project here: 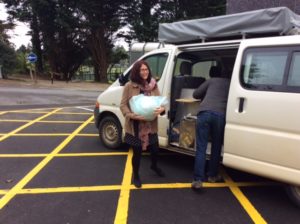 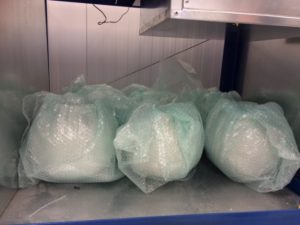 Seven moon jars will be fitted with trackers. 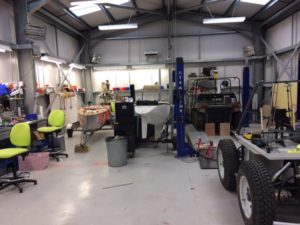 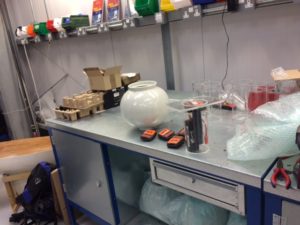 Spot Gen 3 tracking devise will be inserted into each vessel in an acrylic chamber. 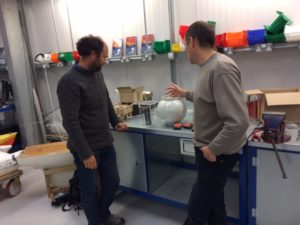 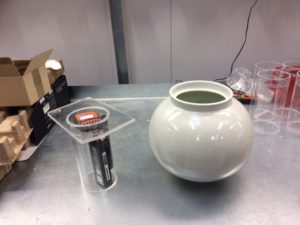 The moon jar is constructed for sailing. It is weighted at the bottom so as not to turn over and has a high neck to be above the water to act as a sail. 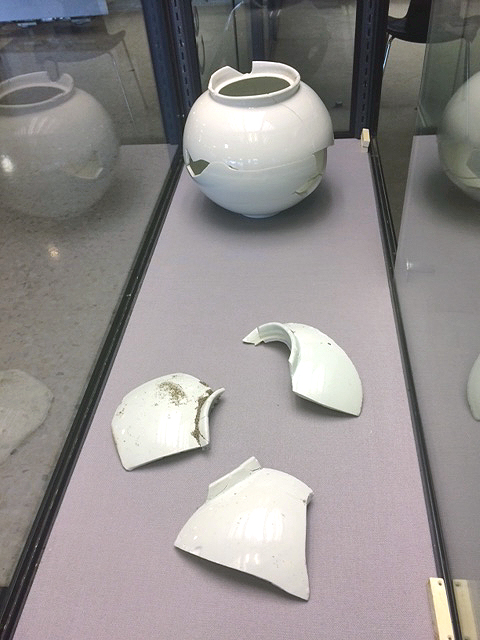 Shards found at Port Erin on the Isle of Man